This is Charles Eagle Plume's recounting of the history of our outhouse...

This outhouse or "backyard privy" was built by the W.P.A. in 1930, when the great depression was putting thousands of men out of work.

So the President of the United States, Franklin Delano Roosevelt in his far sighted wisdom, created the W.P.A., a work project agency to give men employment.  Among the many fine things they did was to pave our highway which for years had been only a simple dirt road.  But to keep the men employed, as soon as the job on the highway was finished then men would tear it up and repave it, again, and again, and again, and again, which was ruining our business since it depended on tourist travel.  So in desperation I wrote a letter directly to President Roosevelt, saying "What we country people need is not a new highway every week, but clean, non-smelling, fly-free outhouses", because in those days outhouses were notoriously bad smelling and fly infested, spreading small pox, chicken pox, measles, and typhoid.  In due time I was called upon by some typical government workers, dressed in blue serge suits, white shirts and correct neckties who said to me in great awe, "We have a letter directly from the President instructing us to build you an outhouse.  Where do you want it built?".  I took them to a spot convenient to the store but where I knew the underground drainage was not to a spring nor a well.  When the outhouse was finished the men called on me again and said "Now you must pay for it."  And I in astonishment said "I thought all W.P.A. work was free" and they answered that the work was free but I must pay for the materials:  lumber, shingles and paint (which amounted to $13.00 in 1930) and you can help repay the cost of the labor by reporting to our office after your inspecting it every morning and every evening for one month how many flies were in it and how bad it smelled.  To my delighted surprise I was able to report after a month of twice a day inspections "no flies and no smell", to which the government men said "Excellent.  We built an experimental outhouse and with such a good report, it will be the model for all federally built outhouses, in federal parks, campgrounds, anywhere the federal government builds an outhouse."

And so, I call this outhouse the great-grandmother of all federally built outhouses. 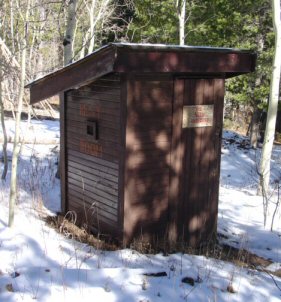 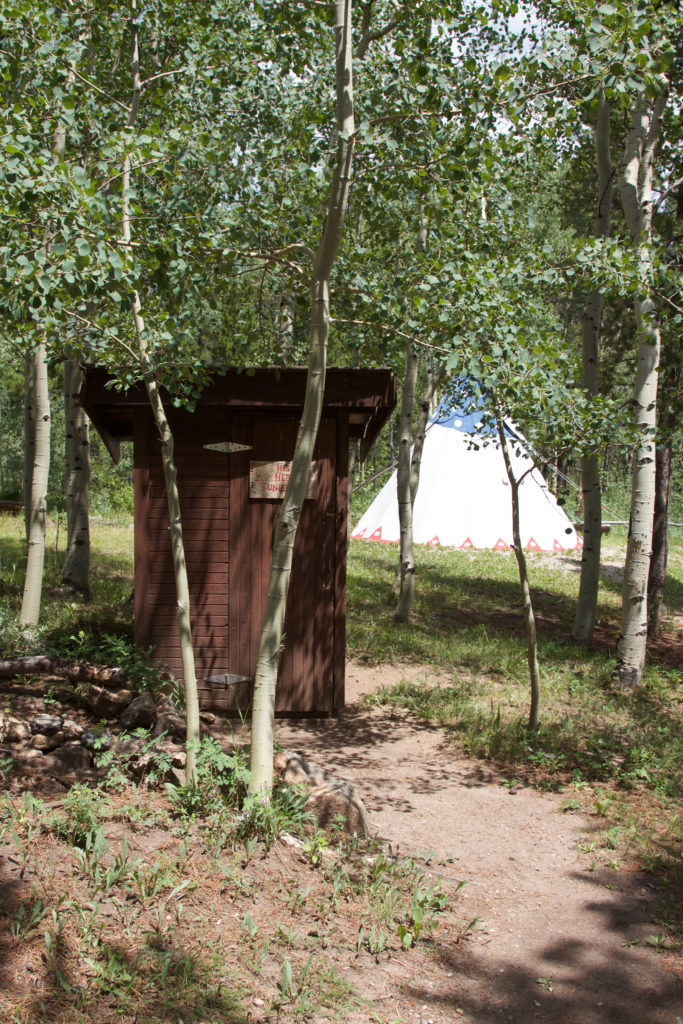